What can the Tyne and Wear Metro Service learn from the UK rail industry? 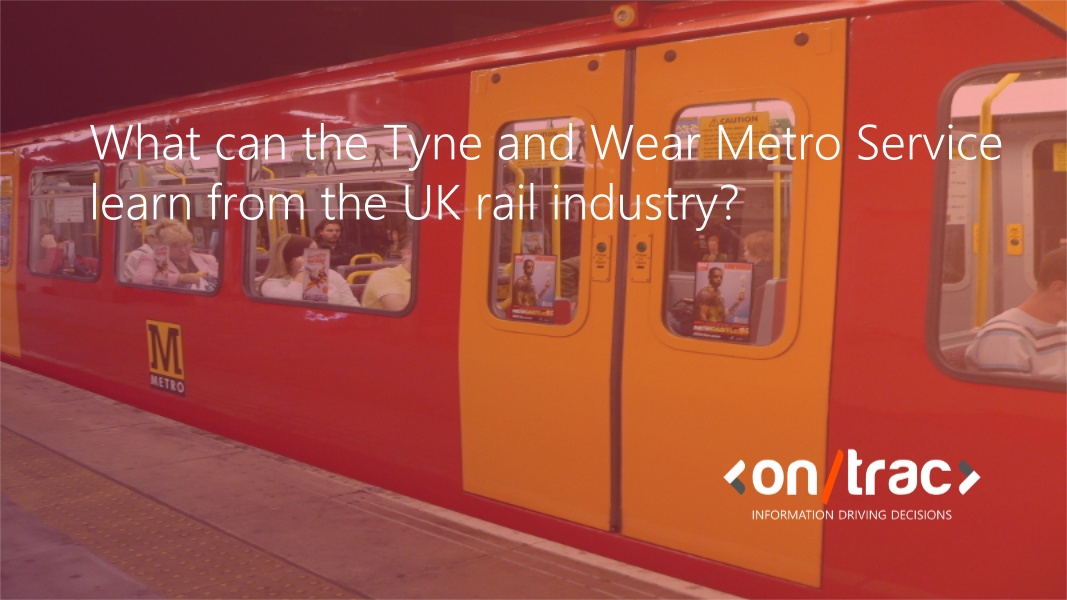 The Tyne and Wear Metro Service is undergoing a massive transformation. The Metro: all change modernisation programme will see £350 million worth of work being carried out across the North East’s metro service, bringing much needed digitisation to the almost 40-year-old transport service.

Recently, Nexus – the public body which owns and manages the Tyne and Wear Metro System – has installed a computerised signalling control system in the Metro control room, based in South Gosforth. This is incredibly positive news for transport modernisation, but with a recent Rail Accident Investigation Branch report revealing a near-miss incident involving two track workers in Pelaw back in February, it bodes the question:

What can the Tyne and Wear Metro Service learn from the UK rail industry?

Neither worker was aware of the oncoming train, because a second train on the adjacent line had blocked their vision.

The RAIB report also found that Nexus Rail’s procedures did not assist with the creation of an effective safe system of work, and also found non-compliance in the rule book, relating to a lookout not providing a warning when the sighting of trains became obscured. Equally, the system of work set up by the track workers did not take the blocking of a lookout’s view of one train by another into account.

Recommendations given by RAIB include:

The RAIB found that there were deficiencies in the procedures used by Nexus Rail to enable safe systems of work when required by unplanned inspections or fault rectification.

Perhaps unsurprisingly, the sheer scale of the metro modernisation programme is because of the processes that the Tyne and Wear Metro Service use. As they did 38 years ago, when it was first established, the metro services still use predominantly paper-based and legacy systems that do not support a modern workforce, nor the Tyne and Wear Metro Service’s disparate workforces.

For example, like the UK rail industry’s workforce, Nexus Rail staff have access to a hazard directory. However, this can only be accessed via an online document which requires access to a Nexus Rail computer system – this is the only way the workforce can access its contents.

This means that Nexus Rail’s staff working on track across the Tyne and Wear Metro Service cannot access the hazard directory unless they are in an office or control room – at a desktop computer. Track workers – like the two involved in the Pelaw incident – are not provided with the means to directly access the contents to the hazard directory in the field.

Having a system in place that would enable access to a hazard directory smartphone app would not only have allowed the aforementioned operatives to avoid the near miss incident at Pelaw but would facilitate a change in the Tyne and Wear Metro Service’s processes that would support disparate workers in a more robust manner.

What’s more, empowering Metro Service track workers to carry out tasks more digitally – by harnessing the power and ease of access given by a smartphone – it would also support the RAIB report’s recommendation regarding the type of documentation that Nexus provides to its disparate staff. By digitising the risk assessment process, the need for paper-driven processes and legacy systems across Nexus operations would be reduced.

Over the past 10 years, OnTrac have been creating a growing system of products that act as a single, digital work space for our customers across rail. By providing a product that can be accessed via desktop, mobile and smartphone, we can ensure that the planning and delivery of work on or near the line is implemented more safely while reducing costs and increasing productivity across the industry.

Our Safe Work Pack app is used by almost 10,000 planners, responsible managers and PICs across the rail industry. The benefit of this to the Tyne and Wear Metro Service would, firstly, remove the need for paper-based pack creation processes, but also provide a truly integrated process that would allow workers across the Nexus Rail service – both from within the control room, and track workers across Tyne and Wear – to work more collaboratively, with digital packs accessible via smartphone and tablet.

What’s more, our RailHub suite of products also hosts the rail industry’s National Hazard Directory, which is used by over 350 companies and 12,000 individual users. It covers in-excess of 16,000 track miles of geographically tagged information and is the most comprehensive and up to date risk register in the UK. Unlike the Tyne and Wear Metro Service, track side operatives in the rail industry can access the National Hazard Directory on the go, from anywhere in the rail network, without having to rely on a single online document, accessible only via desktop computer – this further enhances safety and reduces the risk of near misses and incidents.

Customers such as Siemens are now using our products as a core part of their operations, because of the savings – not just in time and money – but also in terms of incidents. Our product has been awarded a Safety Integrity Level 4, with Siemens staff working on or near the line working more safely and productively.

The Tyne and Wear Metro Service is already making great strides in the right direction of process digitisation – but, we believe that the smartphone will enable Nexus to use the Metro: all change modernisation programme to truly transform the Tyne and Wear Metro service – not just for trackside workers, but workers across the metro service network – and passengers too.